inger has been a popular flavoring in tropical Asia since ancient times. It arrived in the West via the Silk Route where it spread throughout the Roman Empire and was sold in apothecaries for its medicinal qualities. But, it was not until the late 1500s, during the Age of Discovery, that the numerous trading companies traversing the globe made spices readily available and its use as a beverage flavor became common place.

he Spanish introduced ginger to the Caribbean in the 16th century when they were the first of the European powers to reach its shores. Settlers planted it in the humid tropics no later than 1547, and by the 1580s, Hispaniola (present day Dominican Republic and Haiti), was a leading exporter of ginger root.

It is the English, however, who are credited with creating beer and ale from ginger. Thomas Harriott, an Oxford scholar and British scientist, was charged by Queen Elizabeth I to collect botanical samples during England’s 1585 exploratory voyage to the New World. Collecting quantities of ginger, he presented his findings to the Queen and subsequently, throughout the Elizabethan Era, various fermentables were combined with ginger, including honey, which create a spiced mead. During this Golden Age, it became one of the most popular drinks of its time and is referenced by William Shakespeare in Love’s Labour’s Lost. 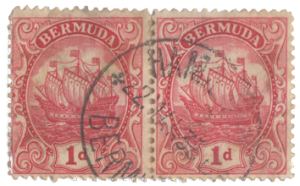 In the next century, when England claimed Jamaica from Spain in 1655, a new beverage was born. The island’s prolific production of ginger as well as sugar cane allowed Asian ginger and European honey to be replaced with locally grown ginger and sugar. Water, yeast and often lemon juice were added, all of which changed ginger beer from a European drink to a uniquely Caribbean beverage. The birth of ginger beer coincided with the arrival of Thomas Harriott’s son who was among the first settlers in Bermuda in the early 1600s. 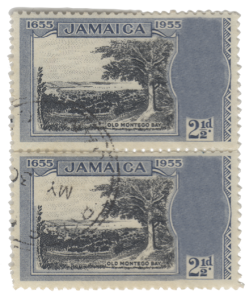 The Harriott family acquired property in Jamaica later that century, settling in the ‘land of many springs’, and with the rest of the island, began enjoying fermented ginger beer during its early stage of development. For the next 200 years, the Harriotts, along with other Islanders, brewed ginger beer as it became a household staple and one of the most popular drinks across the Caribbean.  As awareness of appealing flavors from tropical ingredients spread to the northern hemisphere, so did the growth of breweries dedicated to making fermented ginger beer. By the mid-19th century, at its height of popularity, over 4000 ginger breweries in Great Britain and more than 1500 in the US and Canada were built to meet public demand.

he popularity of ginger beer as an alcoholic beverage came to an abrupt end in the mid-1800s as an unintended consequence of new British tax policies adopted to raise revenue. The Excise Act of 1855 lowered the threshold of “taxable alcohol” to any fermented drink over 2%. Ginger beer, now a new source of government revenue, was to be taxed like rum even though it had only a fraction of its alcoholic content or “proof”.

The response by the drinking population was swift. Consumers in the British Empire, followed the lead of protesters who, in the prior century, had dumped tea in the Boston Harbor. Ginger beer was no longer fermented into a “hard” beverage and instead was made as a “soft” drink to avoid the tax. Rum, with its higher alcohol level, continued to be distilled and then added to ginger beer to provide the alcohol content. Today that beverage is known as the ‘Dark and Stormy.’

Outlawed in the U.S.

.S. government alcohol policies took their toll as well on the popularity of fermented ginger beer. The United States had more than 500 ginger breweries up until Prohibition when its production came to an abrupt end.

or the first time in over a hundred years, the true taste of this alcoholic beverage fermented only with sugar cane, fresh citrus and Caribbean spices can be found in Islander Ginger Beer. It is made by the direct descendent of Thomas Harriott, who first brought ginger to England over 400 years ago, as well as the subsequent generations of Harriotts who settled throughout the New World and made alcoholic ginger beer over the centuries.